In 1988, Mark, Monty, Julie, and Bill bought out Troy Willard and we became Swift, Karns & Guy Engineers, Inc. as Julie drew the short straw. H&H work for the Corps of Engineers continued for several years. Bill Blackard guided the bookkeeping requirements and closed the books monthly until 2009. We also started doing small drainage projects for the City of Tulsa. Monty marketed County work since his background included work for ODOT. County bridge design was a natural fit for our H&H background. 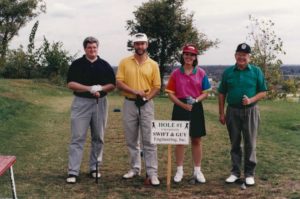 In 1990, Mark and Julie bought out Monty’s interests and we became Swift & Guy Engineers, Inc. City of Tulsa street maintenance projects, county bridge design for Mayes and Nowata counties, and off-system bridge inspection for Nowata, Osage and Craig counties were our work staples. We performed this work with a staff of five people, with Mark and Julie sharing the bridge inspection duties. Our clients liked our small firm and the fact that everyone could answer questions on the status of their project. ODOT Local Government liked the detailed plans we prepared as we learned the “ODOT way” of plan preparation. 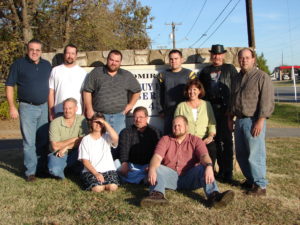 In 1996, Mark and Julie recognized that they each had different goals in business and decided to part ways. GUY Engineering Services was formed and continued to pursue transportation work, including utility relocation management. In 1997, Julie Guy and Jim Harden founded Harden & Associates Surveying and Mapping. In 1998, the office building at 10759 E. Admiral was purchased and we moved out of downtown Tulsa. GUY and Harden shared office space until 2004. Julie sold her interest in Harden & Associates in 2005. 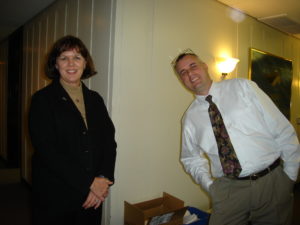 In 2006, Chris Cauthon, RLS was hired to head up our survey department. John Blickensderfer PE, CFM, LSI was also hired at that time. John and Chris were made partners in the firm in 2008.

2012 and beyond: Acquisitions and ownership changes

In 2014, GUY became an ESOP, an employee-owned company, with the employees joining in ownership with Julie Guy and John Blickensderfer. With this change, Julie became semi-retired and John was named President. Julie remained involved in the company as a part-time employee and led the corporations as the Chairman of the Board of Directors.

In 2020, John sold his 51% of the company to Rebecca Alvarez, making GUY a woman-owned small business again as well as a Native American owned business.