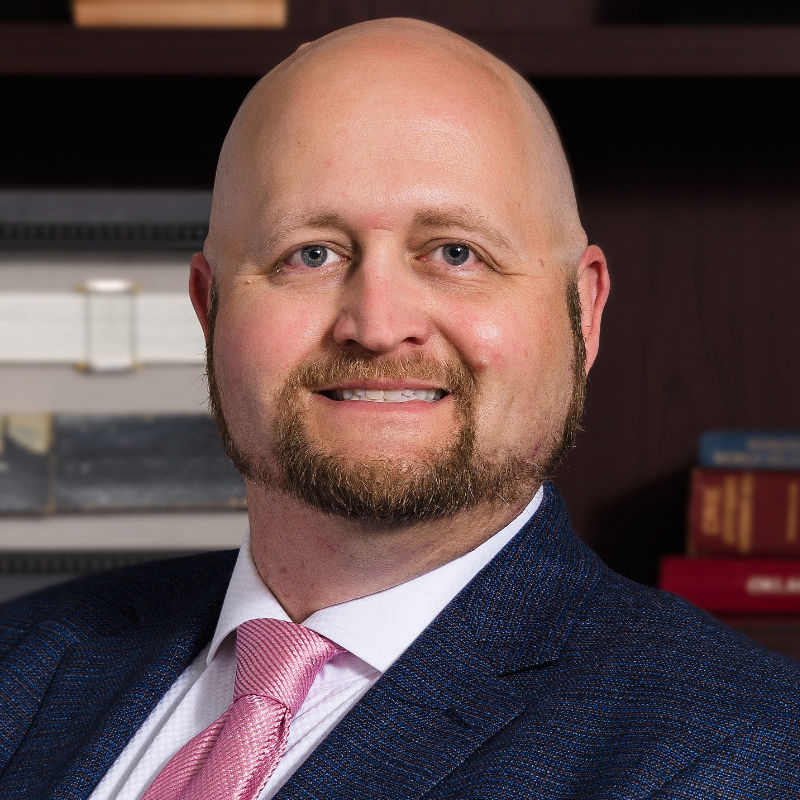 As a child, Aaron was fascinated by engineering and science and especially enjoyed rockets and mechanical items. He first heard about civil engineering just before he started at Oklahoma State University, when a friend’s fiancée who was graduating with a civil degree talked to him about it. Deciding the field sounded intriguing, Aaron declared civil engineering as his major and has enjoyed it ever since.

Aaron received his B.S. in Civil Engineering from Oklahoma State University in 2004 and has been at Guy Engineering ever since. Earlier in his career, he designed various urban and rural roadway and bridge projects and is still Project Manager for some projects. However, most of his time now is spent on contracting and negotiating projects, meeting with clients, and managing the engineering department to ensure they produce quality, on-time plans and products. Aaron is also the Program Manager for Guy’s Bridge Inspection team and has been inspecting bridges for 11 years.

Aaron is licensed as a PE in Oklahoma, Colorado, Utah, Arizona, and New Mexico and is also an NIH Certified Bridge Inspector. He was named the 2015 Young Engineer of the Year by the Oklahoma Society of Professional Engineers and in 2017 was named an Achiever Under 40 by the Oklahoma Journal Record.

What Aaron likes most about civil engineering is that he can see how his job affects people every day: knowing they are driving on roads he designed, drinking water delivered in pipes he drafted and calculated, and safely driving across bridges he inspected. It is the tangible of it all, being able to see and actually touch what he designed and watching it being built.

Outside of work, Aaron enjoys watching films and playing games with friends, hosting parties, and learning how to improve his grilling and barbeque skills. He has also DJ’d a few of his friends’ weddings.