The Shawnee Creek bridge only had three existing beams, so an additional helper beam was placed for support during Phase I. This was needed to meet the requirement of maintaining at least three beams under any section of bridge under traffic during phased construction. The helper beam was added between the two existing beams under the Phase I portion of the bridge remaining to carry traffic.

GUY’s bridge design for this project was incorporated with roadway and traffic plans completed by ODOT. 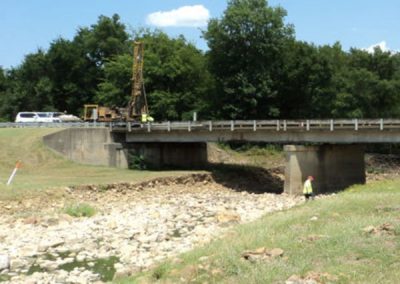 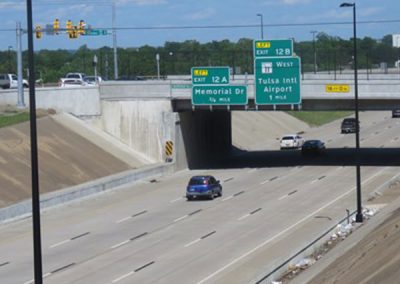 Garnett Rd and Sheridan Rd over I-244 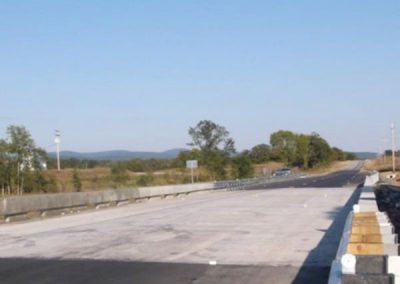 SH-63 over Birney and Buzzard Creek